Non-malware attacks are on the rise. According to a study by the Ponemon Institute, 29 percent of the attacks organizations faced in 2017 were fileless. And in 2018, this number may increase up to 35 percent. So, what are non-malware attacks, how do they differ from traditional threats, why are they so dangerous, and what can you do to prevent them? Keep reading and you’ll learn the answer to each of these questions. 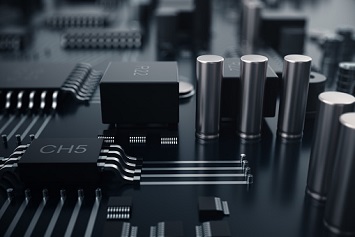 Non-malware attacks: what are they?

Non-malware or fileless attack is a type of cyberattack in which the malicious code has no body in the file system. In contrast to the attacks carried out with the help of traditional malicious software, non-malware attacks don’t require installing any software on a victim’s machine. Basically, hackers have found a way to turn Windows against itself and carry out fileless attacks using built-in Windows tools.

The idea behind non-malware attacks is pretty simple: instead of dropping custom tools that could be flagged as malware, hackers use the tools that already exist on a device, take over a legitimate system process and run the malicious code in its memory space. This approach is also called “living off the land.”

This is how a non-malware attack usually happens:

Why are non-malware attacks so dangerous?

One of the main challenges posed by fileless malware is that it doesn’t use a traditional malware and, therefore, doesn’t have any signatures that an anti-malware software could use to detect it. Thus, detecting fileless attacks is extremely challenging.

To understand better why they pose so much danger, let’s take a look at some of the most recent examples of fileless attacks.

One of the first examples of fileless malware were Terminate-Stay-Resident (TSR) viruses. TSR viruses had a body from which they started, but once the malicious code was loaded to the memory, the executable file could be deleted.

Malware that uses vulnerabilities in such scripts as JavaScript or PowerShell is also considered to be fileless. Even the much-talked-of ransomware attacks WannaCry and  Petya used fileless techniques as a part of their kill chains.

Another example of a non-malware attack is the UIWIX threat. Just like WannaCry and Petya, UIWIX uses the EternalBlue exploit. It doesn’t drop any files on the disk but instead enables the installation of the DoublePulsar backdoor that lives in the kernel’s memory.

How do non-malware attacks work?

Since non-malware attacks use default Windows tools, they manage to hide their malicious activity behind the legitimate Windows processes. As a result, they become nearly undetectable for most anti-malware products.

The hackers need to obtain as many resources as possible while keeping their malicious activity undetected. This is why the majority of fileless attacks focuses on one of the two targets:

Depending on their targets, fileless attacks may either run in RAM or exploit vulnerabilities in software scripts.

The attackers chose WMI and PowerShell for several reasons. First, both these tools are built into every modern version of Windows OS, making it easier for the hackers to spread their malicious code. Secondly, turning off any of these tools is not a good idea, since it’ll significantly limit what network administrators can do. Some experts, however, suggest disabling WMI and PowerShell anyway as a preventive measure against fileless attacks.

There are many types and variations of fileless malware. Below, we listed the four most common ones:

In order to perform a non-malware attack, hackers use different techniques. Here are the four most frequently used ones:

Now, it’s time to talks about the ways you can protect your company against non-malware attacks.

5 ways of protection against non-malware attacks

Experts offer different ways of preventing and stopping fileless malware: from disabling the most vulnerable Windows tools to using next-generation anti-malware solutions. The following five suggestions may be helpful in protecting your company network against non-malware attacks.

Fileless attacks are on the rise mostly because they are so difficult to detect by standard anti-malware solutions. And while effectively detecting non-malware threats remains a challenge, these tips may help you prevent possible attacks from happening.