As 2018 creeps to a close, its time for thought leaders of all stripes to start prognosticating about what the cybersecurity landscape will be in the coming year. It’s a tall order, as this past year brought some complete surprises, including speculative execution vulnerabilities, the rise of cryptomining, the ransomware attack on the city of Atlanta, Facebook’s data breach disclosures, and panic surrounding the EU’s General Data Protection Regulation (GDPR) rollout, among other events. 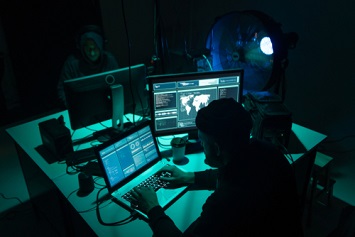 So, what do we have to look forward to in 2019? Here’s 3 possibilities, courtesy of three experts from Barracuda Networks:

In 2019 public cloud security will become more automated, and attackers will get stealthier

“The public cloud market is maturing, and we expect to see a huge appetite for cloud security in 2019.  Businesses aren’t just experimenting with the public cloud anymore, and now that more customers have critical infrastructure and workloads on platforms like AWS and Microsoft Azure, they’re realizing they need purpose-built cloud security solutions to help them protect workloads moving to these platforms.”

“As workload migration accelerates to the public cloud, security risk professionals will need to get more actively involved in their DevOps team’s processes, so they can automate the application of governance and compliance controls. It’s not about dictating what tools the team uses, but verifying that controls are being met and helping the builders build securely. After all, configuration errors can be easy to make as people try to use new cloud services they might not fully understand. That’s why I expect to see more teams embracing automation to continuously monitor cloud security and remediate problems automatically.”

“Providing these types of automated cloud security controls will be more important than ever in the year ahead because cyber criminals are getting better at finding compromised credentials or access keys and exploiting them. In fact, Gartner predicts that by 2020, 80 percent of cloud breaches will be due to customer misconfiguration, mismanaged credentials, or insider theft, not cloud provider vulnerabilities. Cyber criminals will also get more clever at using compromised accounts in ways that will be difficult to detect. Instead of using a massive amount of new resources for cryptomining, which causes a noticeable spike in usage, they’re starting to use already-approved resources and stealing some cycles from those instead, which is easier to hide. I expect to see more attacks like that in 2019.”

“While it’s long been known that the cyber security industry has a significant skills gap problem, what’s lesser known is that this gap is also increasing. In October 2018, (ISC) revealed that the global cyber skills gap now stands at three million, with 63% of businesses lacking the cyber skills to actually keep threats at bay.”

“The balance between the resource, skills and expertise of the ‘good guys’ who are fighting attacks and the ‘bad guys’ who are launching the attacks in the first place is a very delicate one.”

“In 2019, get ready for a skills gap tipping point. As cyber attackers’ tactics become ever more sophisticated and, more importantly, harder to spot, they are needing ever more hours of the good guys’ time to identify and stop.”

“A recent example of a new style attack that takes way more work to detect, investigate and clean up are the account takeover incidents that we’ve observed. They involve attackers stealing the email credentials of employees and using them to send emails from the user’s real account. Because the attackers cover their tracks, for example by deleting sent emails, often the only way people know they’ve been breached is when they get mysterious out-of-office responses.”

“Added to this, many organizations are finding it harder and harder to recruit and retain cyber specialists to help them keep the bad guys at bay. Which means they’re relying on fewer people with the skills and expertise needed to protect their organization. These decreasing human resources will come to a head in 2019, where I predict that organizations will stop being able to keep up with investigating these ‘stealth’ cyberattacks.” 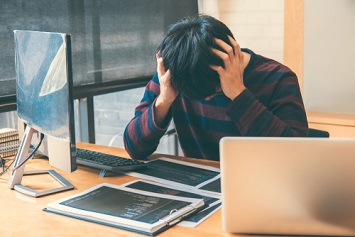 Account takeovers and email threats will get up close and personal in 2019
Asaf Cidon, VP of Email Security, Barracuda Networks

“Account takeover is one of the biggest threat vectors in the cybersecurity industry today. More and more organizations are getting hit, and the attacks are getting more and more targeted. Attackers are moving away from the relatively standard phishing email, as they are finding that strategically targeting business executive accounts is much more lucrative.”

“In 2019, the level of personalization in these attacks will reach new heights. Specific tactics that are beginning to gain traction include:

“These are just a few examples of how attackers will up the ante by making account takeovers and email attacks so personalized that even the savviest of targets can be fooled.”

“In that vein, a big problem in cybersecurity that will grow even bigger is that of identity—how do we know if someone is really who they say they are? This challenge will be exacerbated as more organizations continue to move to the cloud and remote logins becomes more common.”