Health insurer Premera Blue Cross agreed to pay $6.85 million to settle alleged violations of the Health Insurance Portability and Accountability Act (HIPAA) related to a major data breach that the company reported in 2015. 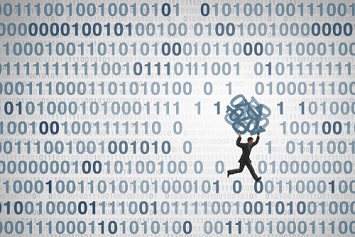 The amount of Premera’s resolution agreement, announced September 25, 2020, by the U.S. Department of Health and Human Services (HHS), is the second-largest since HIPAA’s inception—surpassed only by the $16 million paid in 2018 by Anthem Inc.

Premera operates in Washington and Alaska, and is the largest health plan in the Pacific Northwest, serving more than 2 million people. Its breach affected protected health information (PHI) that Premera maintained for its affiliated health plans and other HIPAA-covered health plans, including employers’ group health plans.

On March 17, 2015, Premera filed a breach report with HHS’s Office for Civil Rights (OCR) stating that cyber-attackers had gained unauthorized access to its information technology system. The hackers used a phishing email to install malware that gave them access to the system in May 2014, which went undetected for nearly nine months until January 2015.

On investigating, the OCR found what it deemed to be systemic noncompliance with HIPAA’s privacy and security rules, including failure to conduct an enterprise-wide risk analysis and failures to implement risk management and audit controls.

“If large health insurance entities don’t invest the time and effort to identify their security vulnerabilities, be they technical or human, hackers surely will,” said OCR Director Roger Severino in a statement. “This case vividly demonstrates the damage that results when hackers are allowed to roam undetected in a computer system for nearly 9 months.”

In addition to the monetary settlement, Premera agreed to a robust corrective action plan (CAP). It calls for Premera to complete a risk analysis and risk management plan, revise its policies and procedures accordingly, and distribute them to all employees to whom they apply. The CAP also includes detailed provisions for internal monitoring and reporting and annual certifications.