One of the biggest news items of 2018, the hot job market, has proved to be a blessing and a curse. With low unemployment, many employers are struggling to attract top talent. While this talent shortage has impacted most industries, hiring managers looking for qualified cybersecurity personnel might need to considerable patience. Postings for cybersecurity jobs tend to linger for months, and recent studies show that the gap between the demand for cybersecurity talent and the actual supply is only going to grow. 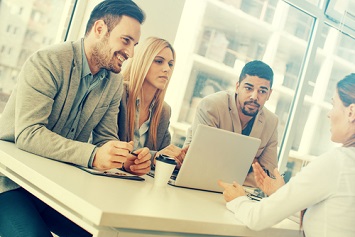 As we move into 2019, the talent gap continues to expand, despite the ongoing efforts of corporations and governments around the world to steer people into cybersecurity careers. It’s also clear that there are no immediate, long-term fixes for the talent shortage. However, there are some steps you can take to make inroads, both as someone looking to break into cybersecurity or as an organization looking to hire qualified professionals.

Cybersecurity Is a Young Field

While perusing job postings for cybersecurity jobs, too often you will find that hiring managers expect a great deal from applicants. This creates a problem, as cybersecurity is still a young field. Most cybersecurity professionals are still in the process of building a résumé. By requiring applicants to have at least a decade of experience and one or more certifications alongside a degree in cybersecurity, hiring managers are limiting the talent pool and the overall reach of the posting.

One solution, suggested by Professor Christophe Veltsos of Minnesota State University, Mankato, is to temper your overall expectations regarding an applicant’s experience. To find someone who’s going to hit everything on your requirement wish list, you must offer a high salary and a solid benefit package. Instead, Veltsos recommends filtering applications for those who meet one or two of the main requirements. Then, focus on the candidates from that larger pool who have the potential, with a little in-house development, to meet the demands of the position.

And don’t limit internal development to new hires. According to John Reed, the executive vice president of Robert Half, providing training and development opportunities to existing employees can serve several purposes. In the short term, you will be able to bridge more immediate needs while conducting a broader search. Long term, you show the employees in your organization that you’re committed to their professional growth.

Since cybersecurity is a burgeoning industry, reaching out to computer science or cybersecurity programs is a great way not only to attract young talent but also to help build the talent pool in the future. There are several ways to initiate a relationship with colleges and universities—some are quick and easy, others might take a bit more time and effort.

The surefire (but obvious) way to get in front of possible talent is to set up a booth at a career fair. However, consider this: You’ll be competing with plenty of other companies looking to attract soon-to-be-graduating students, and if you’re a smaller company, you’ll need to work a little harder to get noticed amidst the name recognition and flashy swag larger companies bring with them.

Veltsos suggests that one way to steal some of that attention from larger companies would be to create a scholarship. Professors and administrations want their students to succeed and are typically eager to work with you to help find students who fit the criteria. As a bonus, as graduation approaches, the students will not only remember the scholarships but also the companies that provided them.

Another way to get in front of students with an interest in cybersecurity is to literally get in front of them. Advanced computer science students, and cybersecurity students in particular, spend much of their time working on exercises that simulate real-world experiences. As a cybersecurity professional, you can bring more of the real world to them through guest lectures or collaborative “hands-on” projects. As many academic programs require their students to complete a capstone project, this gives you an opportunity to work directly with one or more students (potential future employees).

Internships are another method of bringing new talent into your organization. Undergraduate and graduate programs might also require that students seek out a paid internship before graduation. These can be concentrated in the summer, though some schools allow for flexibility in students’ schedules during the year.

Another option when looking for cybersecurity and physical security personnel, military veterans are a logical but often overlooked choice for these positions. However, despite the extensive qualifications that veterans possess, trying to narrow down a search to find the most qualified veterans for a civilian security role is an ongoing problem. To start addressing the situation, recruiting platform CareerBuilder announced that it was collaborating with Google Cloud to transform the industry standard for job searches.

According to CareerBuilder research, 40% of employers reported that they planned to actively recruit U.S. veterans for their jobs in 2018. Sixty-eight percent said that if they had two equally qualified candidates and one was a veteran, they would hire the veteran.

An estimated 250,000 military members enter civilian life each year. By creating a feature for transitioning service personnel to use their MOS Codes to find civilian jobs, Google Cloud is helping CareerBuilder ensure that the skills veterans acquired in the military transfer to their new profession and that they can connect with top employers.

A recent study by researcher Andrew Chamberlain published in the Harvard Business Review offers another avenue for finding top-notch tech and cybersecurity talent: Attract workers from outside your organization’s region. Convincing talent to relocate can be a tricky task, however, as the benefits of relocation need to significantly outweigh the costs of the move.

According to Chamberlain’s study, tech-sector talent, including cybersecurity, is much more likely to relocate for work than talent in other fields. Despite this upside, he found that the largest number of applicants to any open position (71.5%) were in the same metro area as the jobseeker.

There are some qualifications that come along with these data. Foremost, the salary and benefits package needs to be attractive. Chamberlain’s research suggests that a base salary that is $10,000 higher than the market corresponded with a half percentage point increase in the likelihood of a candidate applying to a position outside of his or her home region. This poses a challenge for many smaller companies that may not have the budget to compete with top organizations.

The study also showed that workplace culture can matter more than salary to those looking to relocate for work. According to the study, companies with a one-star-higher rating on Glassdoor’s job search website had six times the impact on the number of applicants from outside the posting’s area than did the $10,000 higher base salary. What makes a workplace culture worth relocating for? Chamberlain suggests that the companies with winning cultures are those that offer learning and growth opportunities; have clear, socially responsible missions; and have top-quality senior leadership.

It also helps if your company is in a desirable area. Cities such as San Francisco, CA; New York, NY; Seattle, WA; and San Jose, CA were some of the cities where workers were more likely to relocate. If your organization is located outside a desirable region, make sure your salaries are highly competitive, and work to make your company culture topnotch.