Whether you’ve outsourced your IT infrastructure to an outside party or have a trusted in-house team to handle your data and cybersecurity, a data backup strategy should be a non-negotiable part of the equation. 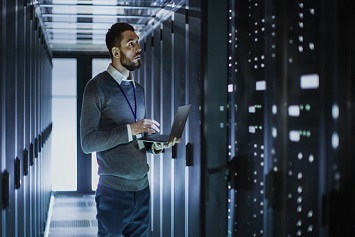 What’s a data backup? It’s a copy or archive of your company’s important information—or all of its information. And it can come in many forms, from removable media such as a USB flash drive to external hard drives and cloud storage or even professional backup services.

And don’t just think of a data backup as a cybersecurity best practice. It’s a part of your emergency preparedness approach and can even be considered a part of your business continuity plan.

Still, 30 percent of people have never backed up their devices. That’s according to statistics from World Backup Day. Ahead of the national data backup awareness day on March 31, we’ve compiled three reasons to brush up on your backup strategy or, in the event you don’t have one, put one in place.

According to IBM, data breaches are big money — in terms of what businesses must pay as part of their disaster recovery. For perspective, the average cost of a data breach in smaller companies (500 employees or less) is $2.35 million, and that nearly doubles to $4.25 million in very large companies (more than 25,000 employees).

Having an archive of your company’s important data that you update robustly and often means that you won’t lose everything in the event of a data breach—because you have a copy. It also makes for a quick turnaround time for your disaster recovery, since you know where that copy is.

The unfortunate truth is that not all employees are upstanding. According to some employee theft statistics, 75 percent of employees have admitted to stealing from their employers at least once. And while some of those thefts might be as physically small as a USB flash drive and others as large of a deal as a password-protected file, your company should have backups of both to ensure they aren’t truly lost.

Adhering to a 3-2-1 backup strategy can help with this. That is:

Data loss can be the cause of many things, including data breaches and employee theft. By some counts, 40 to 60 percent of small businesses won’t reopen after a data loss. And while business owners can’t control all cybercrimes and traditional crimes, having a backup of their treasured data can go a long way in providing peace of mind and also expedite how they react to cybercrimes.