Over the past year, technology evangelists have pushed hard to expand the adoption of blockchain (distributed ledger technology) for broad-ranging enterprise solutions. What began as a tool to track and verify cryptocurrency transactions has become the darling new technology that will help solve the world’s privacy, security, and financial transaction problems. Despite these efforts, and investments by companies such as Microsoft, Amazon, and IBM, among others, Chief Information Officers (CIOs) are not rushing into blockchain deployment. 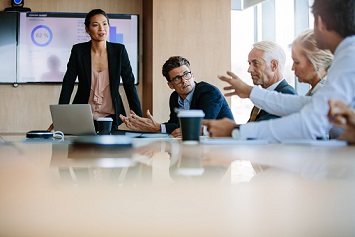 Gartner’s 2018 CIO Survey shows a wide disparity between the overall hype of blockchain and actual adoption by enterprises. According to the survey, “only 1 percent of CIOs indicated any kind of blockchain adoption within their organizations, and only 8 percent of CIOs were in short-term planning or active experimentation with blockchain.” Looking at the rest of the data, 14% of CIOs were in medium- or long-term planning, 43% had blockchain on their radar but were not actively pursuing it, and 34% had no interest in blockchain implementation.

David Furlonger, a Vice President and Fellow at Gartner, says that the survey results provide “factual evidence about the massively hyped state of blockchain adoption and deployment.” He also notes that any enterprise wishing to run headlong into blockchain adoption could lead to “significant problems of failed innovation, wasted investment, rash decisions and even rejection” of a transformational technology in the future.

Blockchain technology was initially created as a ledger for Bitcoin, a currency prized for its independence from nation-state economies and the privacy it affords users. As such, those invested in developing blockchain technology are those who tend to lean toward libertarian ideals, such as decentralized governance. According to Furlonger, the friction between the personal ethics of the talent pool and the requirements of corporations could lead to a lack of enough qualified engineers to accommodate growth.

Of the CIOs who have implemented blockchain, or were in short-term planning, 18% said they had difficulty finding engineers with the appropriate skill set, and 13% believed that blockchain implementation required a restructuring of their IT departments. These kinds of labor shortages and radical restructurings are the kinds of things that tend to keep executives on the sidelines.

Another factor potentially delaying adoption of the technology is outlined by Nikolai Hampton in an article for ComputerWorld in 2016. Hampton says that what keeps Bitcoin’s blockchain secure is that the effort to break into the chain is “massive.” At the time, he wrote that there were “many thousands of miners testing 1.6-million-million-million hashes per second to discover one block every 10 minutes” while taking up an extraordinary amount of physical space and eating gigawatts of power.

Who Is Adopting Blockchain?

For now, it seems that CIOs from financial services, communications, and insurance industries are more actively adopting blockchain technology. These are followed by industries that require a focus on supply chain logistics and process efficiency. Furlonger concludes that interested CIOs in enterprises that require potential restructuring to implement blockchain may hold off on adopting the technology while they retool their business, or they could “stall as they try to introduce blockchain into legacy value streams and systems.”