A new Pew Research Center report provides the results of surveys conducted following the shooting at the Marjory Stoneman Douglas High School in Parkland, Florida. The surveys show that a majority of teens fear that a shooting will happen at their school, a feeling shared by their parents. The survey was conducted in March and April 2018, and the results present data collected from interviews with 1,058 parents of teens aged 13 to 17, along with interviews of 743 teens in the same age range. 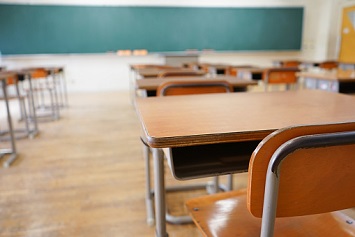 The survey shows interesting breaks in the data along race, class, and gender lines. Overall, non-White teens (and their parents) expressed more concern of an incident occurring at their school than their White peers (Hispanic: 73%, Black: 60%, White: 51%).

There were also dramatic differences when accounting for household income. Parents in low-income households (<$30,000 per year) were 18% more likely to be at least somewhat worried about a shooting than their counterparts in the middle-income bracket ($30,000–$74,999), and 29% more than those in the high-income bracket ($75,000+).

The data also highlight a gender gap, with teen girls expressing 13% more worry than their boy counterparts (64% compared to 51%, respectively).

The teens and parents surveyed were also asked about what they believed would be effective solutions to help solve the school shooting epidemic. Nikki Graf, a research associate at Pew, says that for the most part, “teens’ views on proposals to prevent school shootings mirror those of the general public.”

The vast majority of the teens surveyed (86%) believed that both preventing people with mental illness from purchasing guns and improving mental health screening/treatment would be at least somewhat effective in preventing school shootings. Teens also felt that having metal detectors in schools (79%) and banning assault-style weapons (66%) would also be effective measures.

Only 39% of teens felt that arming teachers and school officials would help prevent a shooting at their school, with 35% saying they feel it would not be effective at all.

The results of the survey given to the parent groups showed interesting differences, in that it also asked about the respondent’s political affiliation. On the whole, there was broad agreement for the effectiveness of three measures: improving mental health screening and treatment (89%); preventing people with mental illness from purchasing guns (85%); and having metal detectors in schools (80%).

There are stark divergences along party lines when considering the last two measures. When asked about an assault-style weapons ban, 61% of adults said it would be at least somewhat effective. However, when broken out by political affiliation, 81% those who identified as Democrat or left-leaning believed this would be effective versus only 35% of Republican or right-leaning respondents.

Only 47% of all adults believed that arming teachers and officials would help prevent a shooting, with a gap of 54% between Republican or right-leaning respondents (78%) and those who lean Democrat or to the left (24%).