Although there is discussion about the general public becoming numb due to their alarming frequency, active shooter situations remain terrifying to those involved. To maximize the chances of surviving, and to minimize potential damage, people caught in an event need to keep a cool head and focus on any training they may have had. Sadly, it doesn’t always work that way. A quick response to an active shooter this week, however, shows that training and preparation can and do work. 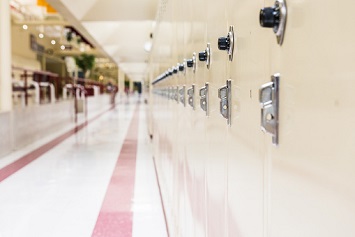 On Wednesday May 16, 2018, a 19-year-old senior approached Dixon High School in Dixon, Illinois, with a loaded 9-mm semiautomatic rifle. CBS News reported that the suspect had fired several shots near a gym on the school’s campus and that the school resource officer moved to confront the assailant. As the suspect fled, the officer pursued. During the pursuit, the suspect fired on the officer, who returned fire, wounding the suspect, whom he then arrested.

Dixon Police Chief Steven Howell praised the conduct of the officer, who followed protocol and confronted the attacker, saying that “because of his heroic actions countless lives were saved.” Howell also praised the staff and students for their part in the attack. In response to gunshots, Howell noted that they “followed training by sheltering in place and barricading classroom doors with bookcases and desks.”

The response of the resource officer, staff, and students at the school highlights the best practices recommended by law enforcement and security experts.

This is a point that bears repeating. As security expert Greg Shaffer told the Total Security Daily Advisor, training is the key to surviving an active shooter situation. He says that you have to train people “to ‘Avoid, Deny, Defend’ in the event of an Active Shooter. Avoid the shooter if you can—Get Off the X! Leave the Building! If you cannot escape, Deny the shooter access to your area by locking and/or barricading the door. Once that is completed, prepare to Defend yourself using weapons or improvised weapons.”

Update: As part of their ongoing investigation into this shooting, Illinois State Police confirmed that the rifle the student brought to Dixon High School’s graduation practice was purchased by his mother in 2012. Julie Milby made the purchase in Illinois, apparently using a state-issued Firearm Owners Identification (FOID) card, which is required to legally possess firearms in the state. However, as a convicted felon, Julie Milby should have been disqualified during the FOID background check process.

Milby, then Julie Mitchell, was convicted in 1991 of Felony Battery and Resisting an Officer with Violence in Osceola County, Florida. If she lied on her state or federal application, she could be facing charges as well.