Anyone who travels by air is very familiar with airport security checkpoints. But are they effective against new threats? The head of the Transportation Security Administration (TSA) says that aviation security needs to shift away from checkpoints and toward more public areas of airports to adapt after recent attacks. 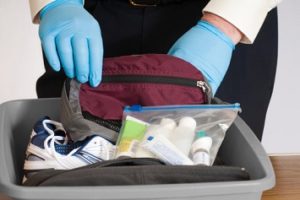 Bloomberg reports, “David Pekoske, a former vice commandant of the U.S. Coast Guard who took control of the [TSA] seven months ago, also called for the agency to become more entrepreneurial and to adapt faster to the shifting risks from terrorists.”

In remarks billed as the first ever state-of-the-TSA address, Pekoske said, “We can no longer focus only on preventing the bad guys from getting into the secure area of an airport. More and more we must focus on both sides of the checkpoint and in the public areas where airport and surface transportation systems intersect.”

Pekoske was referring to such public areas as baggage collection and check-in areas where people are not screened—areas that were targeted by terrorist attacks in the Brussels airport in March of 2016.

Pekoske noted that “We face ambitious adversaries who are continuously looking for a point of attack and waiting for their opportunity. Our job is to make sure they never have that opportunity.” The TSA chief also said that his agency must “empower the public to see themselves as part of the security solution and as recipients of a secure system.”

Bloomberg also reported that “While [Pekoske] stopped short of calling for what could be a multibillion-dollar investment in new X-ray devices that see bags in three dimensions, he said his goal was to get screeners better tools.”

Additional training may also be a good investment for the TSA; as we reported late last year, the agency is still not finding guns and bomb parts during training.