A recent proposal from a working group of 20 Transportation Security Administration (TSA) employees suggests that the agency could end the screening of passengers at over 150 small- to mid-sized airports across the country. The group suggests that the cost-saving measure could provide an additional $115 million annually, which could be used to bolster security at larger airports. 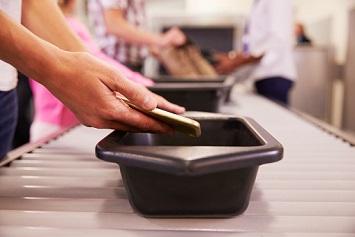 CNN reported on the internal documents, which were developed in June and July 2018. If implemented, the changes would apply to airports serving commercial flights with a capacity of 60 or fewer passengers. The documents suggest that such a move would increase the risk of terrorist attack, though it would be a “small (non-zero) undesirable increase in risk related to additional adversary opportunity.” The assumption is that any passengers or luggage on these flights would be screen upon their arrival at a larger airport, where the TSA has “greater capacities and more advanced security measures” already in place.

This proposal is being met with plenty of pushback, especially in light of the recent moves by the Trump administration to increase screening measures for carry on electronic items such as laptops and tablets.

Paul Cruickshank, a terrorism analyst for CNN was stunned by the consideration. He says that “Al Qaeda and ISIS still regard aviation as a priority target—that includes aircraft where you have fewer than 60 people on board. They would see that as a way to hit the headlines…If you have an aircraft of 50 or so people being blown out of the sky there is going to be a great amount of panic and there will indeed be significant economic reverberations.”

According to the report, 2 senior TSA officials and a TSA field leader expressed national security concerns over the proposal, with one referring to it as “dangerous.”

TSA spokesperson Michael Bilello told CNN that the recent proposal reflects an ongoing debate that surfaces every so often. We’ll have to see if it gets any traction this time around.