It’s good practice for security executives to work with Human Resources to develop an organization-wide policy regarding how to respond in the event of an active shooter in the workplace. It’s even better to notify every employee in the organization of the policy and conduct regular training on the procedures. But it’s a bad idea to hold active shooter training at your company and not notify everyone in the building, or the police, that the training is taking place. 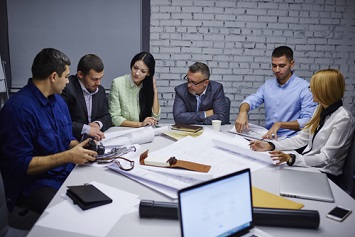 According to a Chicago Tribune report, on July 18, 2019, workers in an office building leased by AT&T (located at 225 W. Randolph Street in the Loop, the heart of Chicago’s business district) received word that there was an active shooter in the building. Panic struck, and according to one employee on the 26th floor “everyone started running and hiding.” Workers chaotically scrambled to find hiding spaces, filling janitor’s and supply closets, along with conference rooms and offices to capacity; they called loved ones.

Meanwhile, the police received a call regarding an active shooter situation and sprung into action. According to First District Commander Michael Pigott, “proper notification was never made” to the police, and “there was a 10- to 12-minute window in which we thought it was a bona fide shooting.”

The response from the Chicago police was “heavy,” with officers in tactical gear splitting into multiple teams and making their way to the seventh floor, where the shooting was reported. Upon arrival, they found people hiding in conference rooms, although, the responding officers noted, there was “no evidence of gunfire or that anyone had been shot or had fired a weapon.”

When officers tracked down the original 911 caller, he said that he was tipped off about an active shooter by someone from the Dallas office. Other staff got wind of an active shooter and made their own 911 calls.

Police worked their way through the building as the afternoon wore on, helping office workers and residents on the upper floors make their way out to the street. Still, when asked about the situation, an employee on the 26th floor said that “nobody knew what the hell to do … complete chaos.” In the end, no one was injured, but there were many who were clearly traumatized by the incident.

This recent incident is far from the only time active shooter training has backfired, leading to confusion and chaos during the simulation and trauma afterward. Unsurprisingly, given the increased number (and attention) of active shooting events, many of the instances of reported trauma come from training at schools.

A teacher filed a lawsuit following an unannounced drill at Pine Eagle Elementary School in Halfway, Oregon, in which a school board member and the school safety officer entered wearing masks and carrying starter pistols. When they came across the teacher working alone in her classroom, they pointed the gun, fired a blank round at her, and said “you’re dead” before running down the hallway. She fled the building, along with other teachers, two of whom were injured when they collided. Another teacher wet herself.

In even more extreme cases, the Indiana State Teachers Association reported that some teachers “had been shot execution-style [on their knees from behind] with airsoft guns” during drills at their schools.

Are There Less-Traumatic Training Methods?

Conducting scenarios using tabletop exercises is one time-tested method organizations can use to minimize trauma in active shooter training. Running through crisis situations on a tabletop allows participants to collectively think through a scenario and provides time to fine-tune the outcomes of an event. It also provides the time required for the trainer to handle participants’ questions, which may have been forgotten in a more realistic scenario. Tabletop exercises also provide the flexibility to rerun active shooter scenarios with the assailant(s) accessing the facility from different entry points or using different weapons.

Red Ball Drills® are a newer method of active shooter training designed to avoid traumatic outcomes for participants. In these exercises, a moderator with a stopwatch hands a red ball (which represents a crisis situation) to someone in the organization, signifying the start of the drill. The holder of the red ball is now engaged in a site-specific discussion on critical response processes. It’s a more active version of the tabletop exercise, with similar end goals: decreasing response times for conducting appropriate actions, such as confirming an active shooter, and moving to safety.

These types of drills are flexible and applicable beyond active shooter situations. For example, both traditional tabletop and Red Ball Drills can easily be applied to cybersecurity threats, such as a ransomware attack, or even to harassment and bullying or natural disaster continuity planning.