As more states move forward with marijuana legalization, both recreational and medical, security teams will need to have deeper dialogues with HR teams about workplace drug policies. This is especially true as one state and one major city are taking legalization to the next level: by banning preemployment drug testing for tetrahydrocannabinol (THC), the active ingredient in marijuana. 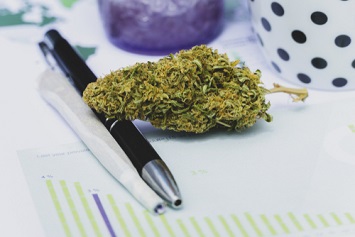 Nevada became the first state to ban THC preemployment drug screening. Governor Steve Sisolak signed AB 132 into law on June 12, 2019, prohibiting the denial of employment because of the presence of marijuana in a screening test taken by a prospective employee.

The law goes into effect on January 1, 2020, but some professions are exempt under the new law. These positions include firefighters, emergency medical technicians (EMTs), any employee who drives a motor vehicle—for which federal or state law requires the employee to submit to a screening test—or any safety-sensitive position that could adversely affect the safety of others.

“Employers who drug test new hires should remove marijuana from the testing panel and review job descriptions to determine which positions may be exempt from the ban if employees in those positions ‘could adversely affect the safety of others,’” says the Society for Human Resource Management.

The new stance on drug screening comes on the heels of New York City (NYC), which banned THC screening earlier this spring. Effective May 10, 2020, city employers are prohibited from making any negative hiring decisions based on a preemployment drug screening that shows the jobseeker has THC in his or her system.

However, just like the Nevada law, there are certain positions that are exempt from the new law, these include:

“Many employers have already voluntarily stopped testing for marijuana given the prevalence of its use among younger workers,” says Devin Dilts, an associate at Coughlin & Gerhart, LLP—in the May issue of New York Employment Law Letter.

It remains to be seen whether or not more states and major cities will follow suit, but if so, it’s best to be prepared. Be sure to review all policies and procedures around drug testing new hires, and in addition, make sure your job descriptions are also up to snuff.