The market for surveillance equipment has expanded dramatically as the expansion of the internet of things (IoT) and general success of connected devices has helped drive costs down. Now, homeowners and small business operators can easily keep an eye on their properties and assets without having to part with a significant amount of cash for a professional installation. 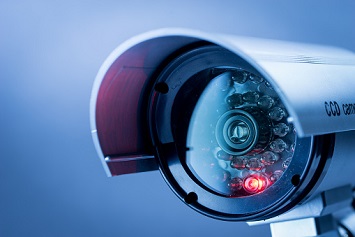 These smaller systems will never be as powerful or capable as a large-scale professional surveillance package, but they are certainly proving their worth. Two news items from this week highlight the not just the benefits of having a security system, while also capturing the absurdity of the modern human condition.

Police in Harris County, Texas (just outside of Houston) responded to a call relating to 4 juveniles caught on the video surveillance system at a CarMax lot. The underage boys had broken into the dealership proper and stolen the keys to several vehicles on the lot. Keys in hand, they proceeded to smash those vehicles into some of the most expensive vehicles on the lot. In total, they caused more than $800,000 to more than 20 vehicles, which appeared to be some of the more expensive rides on the lot.

The suspects attempted to flee on foot when the police arrived but were later apprehended thanks in part to the video footage. According to Jalopnik the 4 have been booked into “the Harris County Juvenile Detention Center on felony charges of criminal mischief in the first degree.”

While the late-night game of life-sized bumper cars is a little strange, this story is flat out absurd to the point of being creepy.

Homeowners in Salinas, California were awoken at 5 a.m. when activity on their front porch triggered their Ring security system. They called police after viewing the footage of the incident, which began shortly after 2 a.m. The recording showed a man approach the door, look directly into the camera, and then proceeded to lick their doorbell (for an unreasonable amount of time), relieve himself in their front yard, and meander over to a neighbor’s house. He also unplugged the family’s outside Christmas decorations and walked off with the extension cord.

In all, Roberto Daniel Arroyo, a 33-year-old homeless man spent well over 2 hours hanging out in the doorway of the home. Authorities recognized him immediately, thanks both to the “crystal-clear image” taken by the camera, and because he was on probation at the time for charges stemming from a different, unspecified incident.

Miguel Cabrera, a spokesman for the Salinas Police Department sums up many of our thoughts when he said: “It’s probably the weirdest [case] I’ve heard in many years.”