Back to Basics is an article series highlighting important, but possibly overlooked, information that security professionals should know. In April 2022, the Cybersecurity and Infrastructure Security Agency (CISA) is celebrating its first Emergency Communications Month. The agency aims to support the ability of emergency response providers nationwide to communicate with other security professionals and the […]

Workplace violence is not industry specific and happen to workers in any organization. With that in mind, the Occupational Safety and Health Review Commission (OSHRC) recently reaffirmed that workplace violence is a recognizable hazard and reminds employers that they are responsible for protecting employees from assaults and homicides.

The COVID-19 outbreak is at top of mind for security professionals nationwide. Keep up with the current number of cases in your state with our recently updated interactive map, updated twice a week by our sister publication, the EHS Daily Advisor—read on for how this map has evolved over the past year, plus additional resources […]

Security professionals looking to improve their workplaces’ emergency preparedness plans may have noticed that the Occupational Safety and Health Administration (OSHA) strongly suggests the use of evacuation route maps—but there doesn’t seem to be a specific requirement. However, the lack of a clear requirement does not diminish the value of these materials to your emergency […]

Let’s say you have your workplace violence prevention plan in place, and you are conducting the training outlined in your plan. Part of the plan should include strategies for your workers to avoid harm. Here are four key tips to offer your workers should they be confronted with violence at your facility.

The recent mass shootings at a Walmart in El Paso, Texas, and a crowded entertainment district in Dayton, Ohio have hopefully prompted many employers to question whether their employees have the preparation to react should an active shooter situation happen in the workplace. 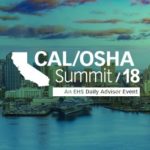 California has more than its share of natural disasters: earthquakes, wildfires, and mudslides, to name several. The 2017 California wildfire season had a record 9,133 fires that burned more than 1.3 million acres, and in January 2018, severe mudslides shut down about 30 miles of Highway 101 between Northern and Southern California. Although California workplaces […]